A desire to go green inspired an Atlanta artist, her neighbor, and a local business owner to get creative in their individual recycling efforts. Not a stranger to recycling, members of the Atlanta Collage Society ACS) have been reusing plastic bags from their grocery shopping, junk mail, security envelopes, newspapers, magazines, broken jewelry and more before going green became a cool thing to do.

“The patterns inside the security envelopes are very pretty and can be used in a collage,” said ACS member and Sandy Springs resident Roxane Hollosi. “I have recruited my husband and children in not throwing things away.”

Grounded in a French expression, a collage is a kaleidoscope of memorabilia pasted and juxtaposed together to highlight meaning.

Collages need a thick, hard surface to be built on, Hollosi said. That is why she jumped at the chance to reuse small left over pieces of high quality matboard paper donated by Digital Arts Studio, a local multipurpose facility that provides custom framing and features periodic shows from community groups, such as ACS, in its art gallery.

Robin Zelizer, one of Digital’s co-owners, said that several years ago she reached out to different groups in the community including ACS to fi nd out if they wanted to receive donated boxes of matboard scraps left over from custom framing projects that otherwise would have been thrown out. 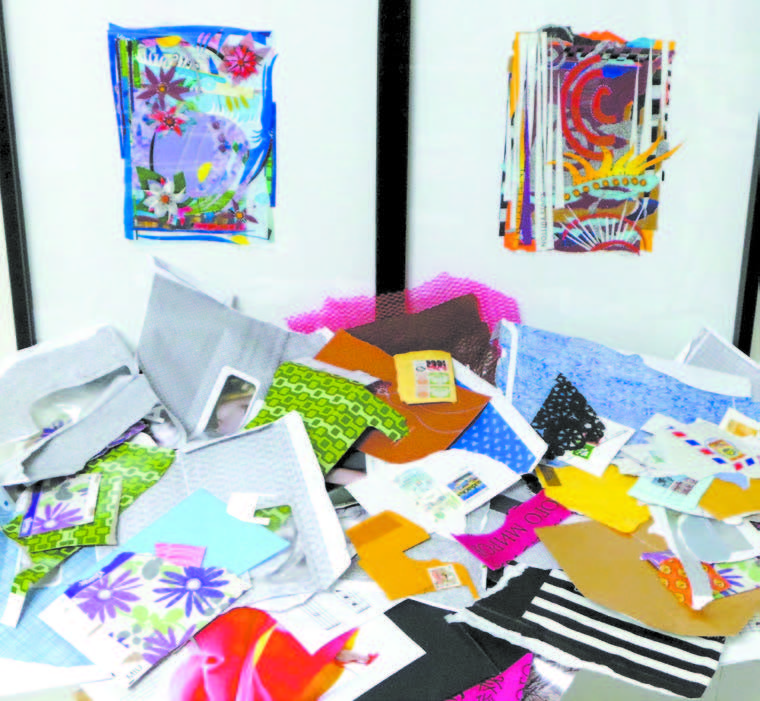 “The response was overwhelming,” she said. “We do this all year long, which benefits schools, churches, and community groups such as ACS. It is very exciting to be able to re-purpose this paper.” “

An important component of collage is to re-purpose discarded items, change the context, and create a beautiful piece of art that has its own history,” Hollosi said.

With that in mind, Hollosi’s neighbor Stephanie Spalding, a self-declared “big recycler,” commissioned Hollosi to do two collages for her out of multiple cards she had received and had been collecting over a span of three decades, such as birthdays, Christmas and thank-you cards.

“I had completely filled-up two large chest drawers with these cards when I thought of an idea to save room but not at the cost of throwing the cards away,” Spalding said. “The thought of how to save these mementos occurred to me after I saw a similar collage at an ACS exhibit.”

Spalding said she was moved by the way Hollosi had recaptured a moment-in-time by pasting together the handwritten sentiments and signatures of relatives and long-time friends, some of whom have passed away. “This is a beautiful way to preserve the memories,” Spalding said.

To find a recycling center in your area, visit recyclingcenters.org and enter a zip code. 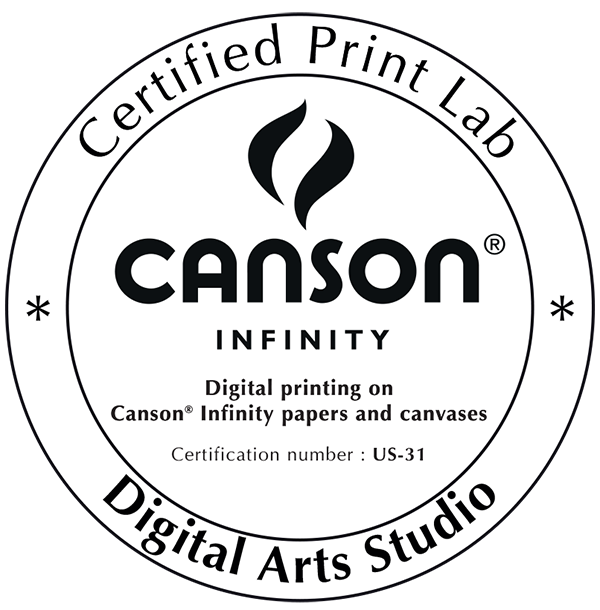